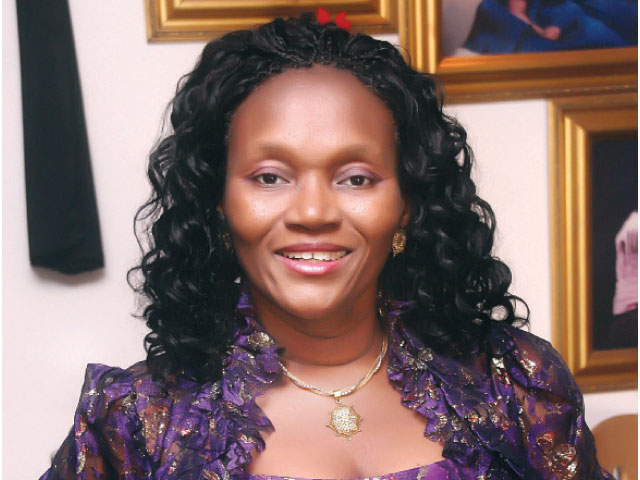 Josephine Effah-Chukwuma, Executive Director, Project Alert on Violence against Women is under no illusion where her interests lie when it comes to gender issues. If she were to choose between taking a plum job in either the oil or banking industry and fighting women’s cause, she would definitely opt for the later. Of course, that was what she did when on arriving in Nigeria armed with a master’s degree in Women and Gender Development from The University of Hague in The Netherlands she decided to tread the tortuous path of activism. That indeed shows the rare mind of a feminist and women’s rights activist who in the past 20 years, even at the risk of losing her life, has been not only a voice for women in Nigeria but also bought for their protection and rights.

The rough and tortuous path she has trodden these past 20 years since she founded Project Alert notwithstanding, the Cross River State-born women’s rights activist, alongside family, colleagues, friends and admirers will on 6 December 2019 celebrate the 20th anniversary of the organization she set up to promote and protect the rights of women and young girls in Lagos. This celebration of 20 years of advocacy for zero tolerance for all forms of violence against women will be accompanied by the release of a documentary on abuse survivors and their intriguing stories.

And to mark that anniversary Effah-Chukwuma is currently working on an autobiography that will tell not just the story of her life but also why she made the choices she had to make and the trajectory of her journey as a gender activist in Nigeria. The book is not only unputdownable, but it is also a must-read for anyone who wants to read Effah-Chukwuma’s torturous story as a gender activist and the trajectory of women activism in contemporary Nigeria.

Still, the intriguing thing about Effah-Chukwuma’s advocacy and the struggle for women’s rights in Nigeria is that they coincide with Nigeria’s democracy struggle. And as the country was regaining its freedom from military dictatorship and draconian rule in 1999, the Cross River State-born women activist also formed her non-governmental organization, Project Alert on Violence against Women while sharing her husband, Innocent Chukwuma’s office space. And as Nigeria was entering into the fourth republic and democracy rule, Chukuma was formalizing and therefore intensifying her campaign for women’s rights and equality.

Asked why she decide to form project Alert, she said, though she was, as a staff of Constitutional Rights Project (founded by Clement Nwankwo), part of Nigeria’s democracy struggle in the period leading to the hand over to civil rule in 1999, most of the pro-democracy groups and civil rights organization were focusing more on the fight for democracy and democratic rights, thus giving little or no attention to women’s rights and issues. So she decided to form Project Alert to cover that lacuna and be a voice for women. “At that time of Nigeria’s history it was the period of pro-democracy struggle , and a lot of focus and emphasis was on fighting to get the military out. Some of the human rights organizations then who were involved in the struggle included Campaign for Democracy, Committee for the Defence of Human Rights, Constitutional Rights Project, NADECO etc. Most human rights organizations were neck-deep in that. We all were because we were tired of the military and the draconian rule of military dictatorship. That was the context at that time. So with the overwhelming tilt, or concentration, on pro-democracy issues, it left little or no space for other forms of human rights abuses, especially those of women and children. It was always a conscious effort on my part to keep holding on, to keep reminding myself that I am first and foremost a feminist, a women’s rights activist before being a human rights or pro-democracy activist,” she averred, adding that though pro-democracy struggle was very important, women’s rights activism was also important to her. “So it was always a struggle having to hold on,” she said.

One thing that is remarkable about Project Alert is that not only was it was founded in 1999, the same year the military relinquished their hold on power in Nigeria and handed over to a civil regime, but it has also been at the vanguard for the struggle for the recognition of women’s rights in Nigeria. However while it can be said that Nigeria has made so many gains as far as democratic rights are concerned the same, sadly, cannot be said about justice and equal rights; even though gender activists in Nigeria have made some gains and made women issues to be at the front burner of public discourse. “After founding Project Alert for twenty years now, and being an activist for twenty-five years, I would have thought by now the issue of violence against women would be at the barest minimum, if not totally gone,” Effah-Chukwuma regretted.

Still, she believes Project Alert has made some huge gains. “But when I think of the journey and where we started from, I am also consoled and happy that we made some progress. We are not there yet. But definitely we have made huge leaps. We have made substantial progress. Twenty years ago how many women could actually be bold enough to come out to report or complain or even talk about it? But now go on social media, you see it. And a problem shared is a problem solved, they say,” she enthused.